Another taste of home – Pineapple tarts

When I was a kid, I loved these pineapple tarts. Back home in Malaysia, these are plentiful in the shops during Chinese New Year. I made them for the first time ever this year at Chinese New Year … actually I started way before Chinese New Year as I was experimenting with the recipe and tweaking it until I got it right. My colleagues and friends were enthusiastic guinea pigs in the weeks running up to Chinese New Year. 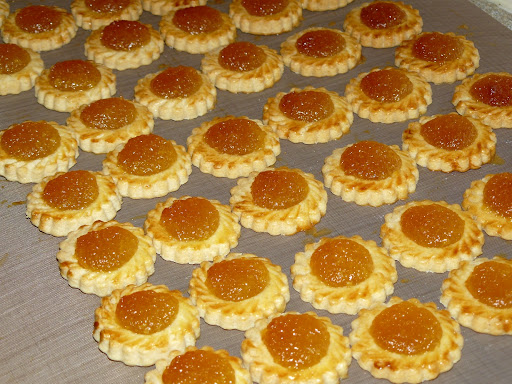 These open tarts are simply a shortbread cookie baked with a dollop of pineapple jam in the middle. The shortbread pastry is wonderfully short and crumbly and not too sweet – hence the perfect companion for the sweet pineapple jam.

Back home in Malaysia, the jam is traditionally made with grated fresh pineapples. I found several recipes online which used tinned pineapples. It works really well and is a lot simpler to manage.

Making the pineapple jam is pretty easy.
I used:
• Approximately 3 cans (net weight per can 567g) sliced pineapples in pineapple juice – I drained the pineapple slices completely, put them into my food processor and blitzed it until it was a fine-ish pulp. I then used my measuring cup and measured out 4 cups of pineapple pulp. The 3 cans yielded roughly 4 cups of pulp.
• Sugar – I used ¾ (three quarter) cup of sugar for each cup of pineapple pulp. So 4 cups pulp = 3 cups of sugar
• 1 tablespoon lemon juice
• 1 large stick of cinnamon
• 6 cloves
• 1 segment of star anise

I used my Le Creuset enamelled cast iron dutch oven to cook my jam in. Pineapples are pretty acidic – please do not use your non-stick pots to make your jam. Apparently making this jam in non-stick coated pans or aluminium pans ruins them. Stainless steel pots can be used. Apparently you can also make the jam in a large glass bowl in the microwave. I put everything into the pot and brought it up to the boil, then simmered it for about a couple of hours, stirring constantly, until the mixture is reduced and is sticky and thick. The really tricky part of cooking the jam is knowing when to stop. I normally cook the jam till it coats the wooden spoon and the jam doesn't fall off the spoon immediately. The jam should be a rich golden colour. Here is a photo of my jam – which has gone just slightly darker than I would have liked. 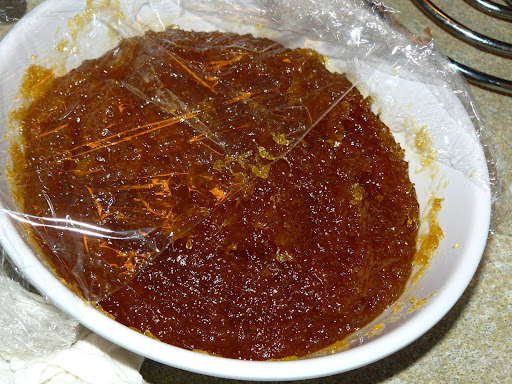 When the jam is done, pick out the spices and discard them. Then put the jam into a container and put it into the fridge until you need to use it. I normally make the jam a day before I want to make my tarts.

It’s a lot easier to roll the jam into small balls like these before cutting the pastry shapes out. I use a teaspoon and each ball is roughly a third of a teaspoonful. The jam when chilled is sticky and should be firm enough to roll into a small ball between the palms of your hands. Dampen your palms slightly when rolling the balls. 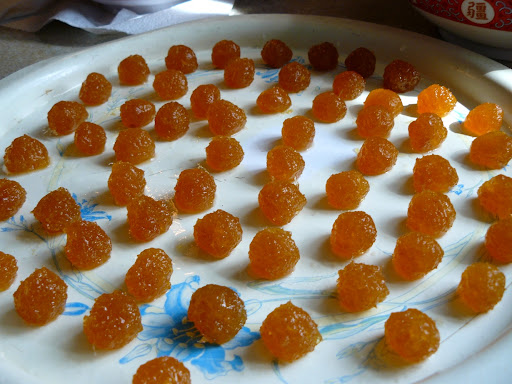 On to the pastry for the tarts. I used the following to make 1 portion of pastry:

By the way, you will also need 1 egg beaten with a teaspoon of water for glazing the tarts just prior to baking.

I normally make my pastry in my food processor. Put flour, salt and sugar into the food processor and pulse a couple of times to mix. Then add the chunks of butter and pulse until the mix resembles breadcrumbs. Add the egg yolk, water, vanilla essence and pulse the mixture until a dough is formed. It’ll look like this. 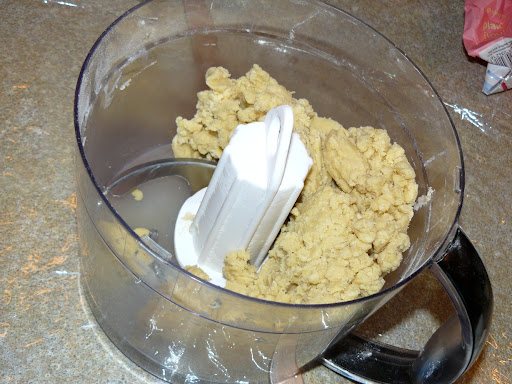 Turn out onto a piece of food wrap, shape it lightly into a sausage-like shape, wrap it up and chill it in the fridge for at least 30 minutes. 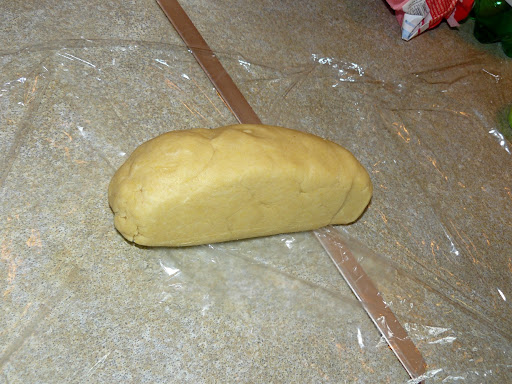 I normally make 2 or 3 portions of this pastry at a time. 1 portion makes around 30 tarts and will use up roughly a quarter of your jam.

Preheat the oven to 190º C. Cut the chilled pastry into 4 chunks.
Roll each chunk out on a floured surface until approx a quarter inch thick.
Cut shapes out of the pastry. I used this special pineapple tart mould which I bought from the Biodiversity Herbs website. 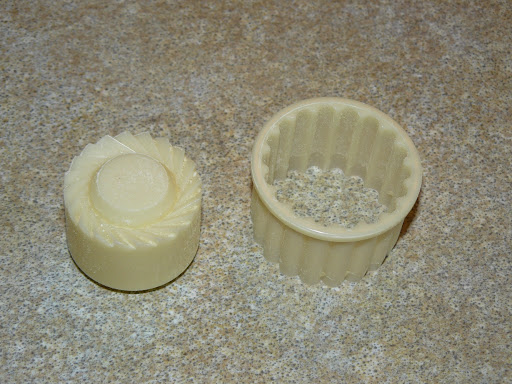 The outer ring cuts the shape and the press in the middle stamps a pattern in the pastry and makes a hollow in the middle ready for your jam ball. See? 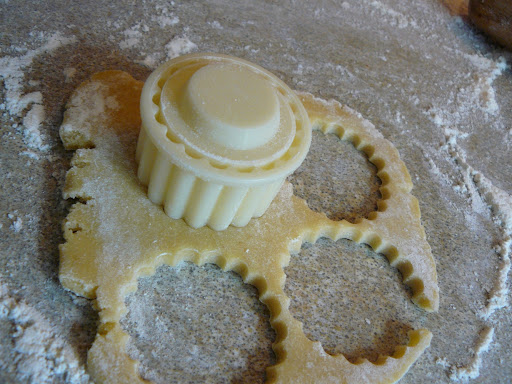 Space the tarts slightly apart on a baking sheet. 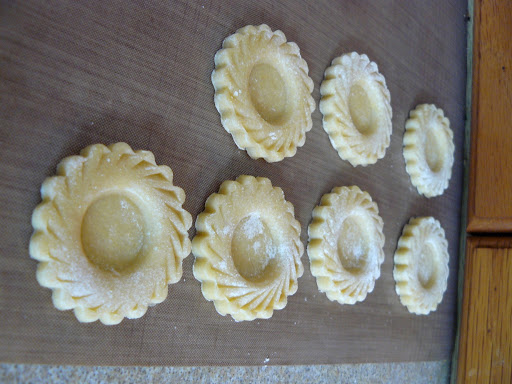 Brush each tart with the glaze I mentioned earlier. Then drop a ball of jam in each and press the ball down slightly into the hollow in the tart. Here they are ready to go into the oven. 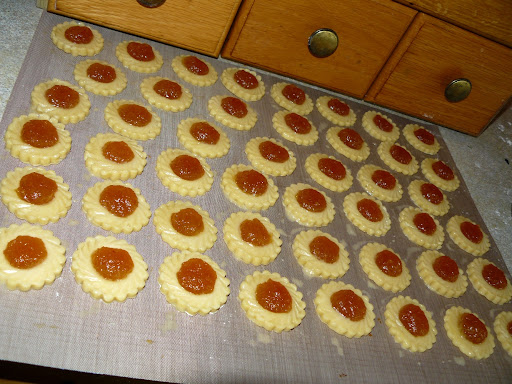 I baked these for 15 minutes in the oven. When done, I removed the tarts and placed them on a wire rack to cool. Yum! 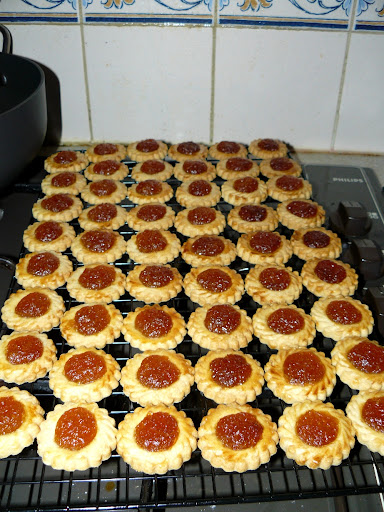 Wishing you a good week ahead, friends.
Posted by Ady at 21:39