Missy Moo’s hair flies about and gets in everything. When the new school term started, I thought a nice way for her to get her hair looking tidy for school was to make her some nice hair clips. I found some plain French barrettes in a local bead shop and bought a few. I also bought ribbon of varying widths. Other useful supplies are some glue (or a hot-glue gun if you have one – which I do), needle and thread, scissors and something to seal the ends of the cut ribbon (such as Fray-Stop). Here’s how I made these bow barrettes.

The dark green ribbon is a 1-inch wide grosgrain ribbon. The gingham ones came in different widths and I bought one slightly narrower than the plain grosgrain, another one the same width as the barrette and finally, another gingham ribbon in a much narrower width. I refered to this great tutorial here to make these pinwheel bows. (The needle and thread is for sewing and securing the middle of the bows.) There are heaps of amazing bow tutorials on that site too. Anyway – here are the assembled bits. 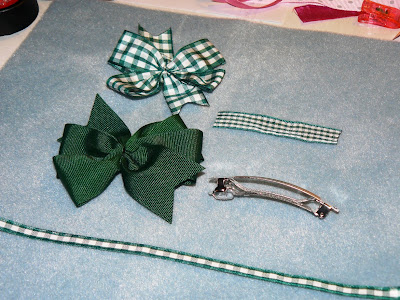 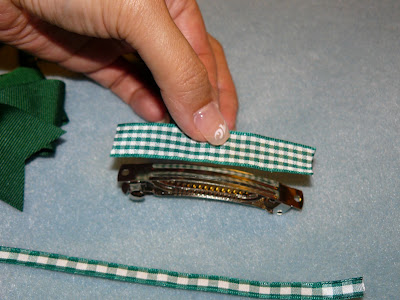 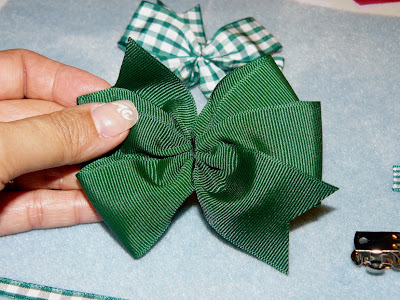 I placed a dollop of glue in the middle of the bow and stuck it to the barrette. 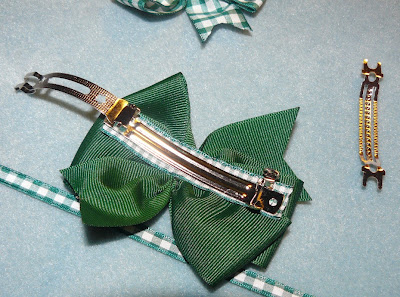 Notice that little bar to the right? That’s the tension bar in the French barrette. You can remove it before you start working on your bow. I found it easier to work on sticking all the bits down without the tension bar in the way. Next I glued the gingham pinwheel bow to the plain bow. (excuse the photo – I missed taking one of the photos in the making sequence but realised later that I’d taken this one which shows how the bows stack up) 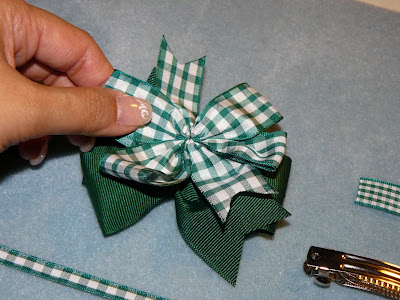 You’ll have to excuse the next two photos too as I completely missed taking photos of this step when I was making the green ribbons bow barrette. (*slaps head*) Using the thinnest of the ribbons, tie it around the bows and the barrette. 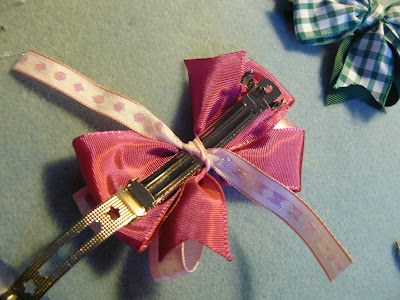 Wrap the ends around the middle and secure with a small blob of glue to the back of the barrette. 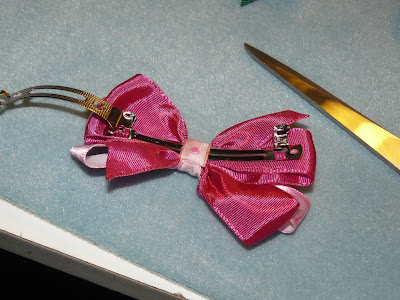 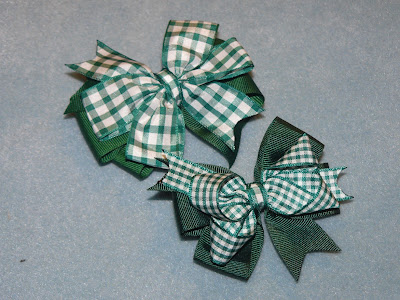 Replace the tension bars and the back will look like this – 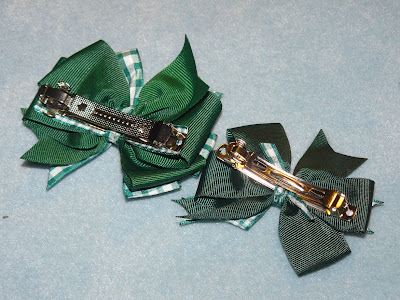 These satisfy Missy Moo’s desire for pretty hair clips whilst meeting school regulations in terms of colour and print. 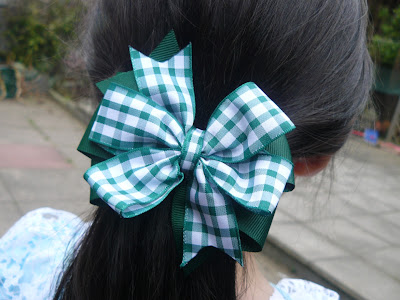 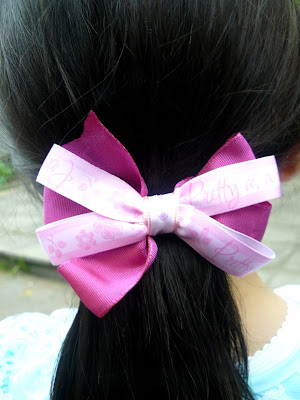 The bow barrettes make Missy Moo very happy. They make her want to do this – 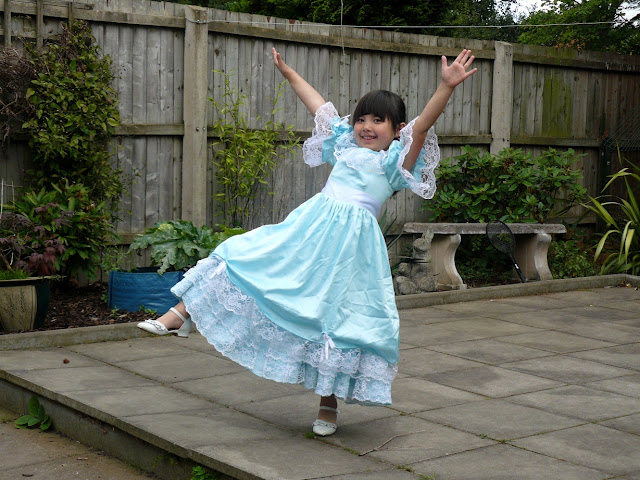 It’s our half term break this week. The kids and I are going to the movies with some friends tomorrow. Should be fun. What are you up to this week, friends?
Posted by Ady at 22:44