A brief interruption to our normal programming

There was a bit of excitement this morning. Quite unusually, all four of us were up at 6.00 am and out of the house some 25 minutes later. "Why?" I hear you ask. Well, it started a couple of weeks ago with this map. 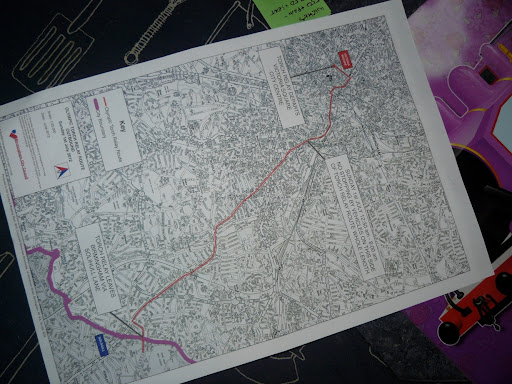 It was about this thing. 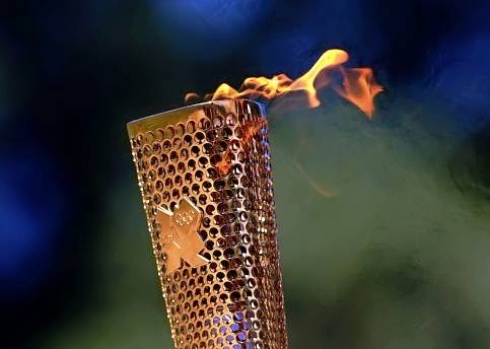 Oh yes. The Olympic torch was making its way to our capital city and on the 44th day of its 70-day journey, it would be passing pretty close to the street we live on. The kids were delighted and immediately insisted they had to be there to watch. Then last week, the local council chaps hung a whole bunch of these up. 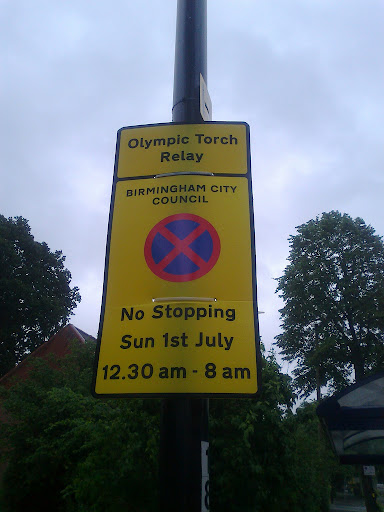 The kids were beside themselves with excitement. They even went to bed early last night. The weather was lovely this morning. We live just 5 minutes stroll from the main road along which the torch would be carried. Mr CraftyAdy and I had agreed upon a good spot from which we'd stand to watch the torch go by. The roads were quiet and there were some people about ... not many but there were some. I cleverly employ the use of arrows in the picture below to show you where these 'some people' are just in case you think that no-one would be as crazy as us to go stand beside the road at 6.30 in the morning. 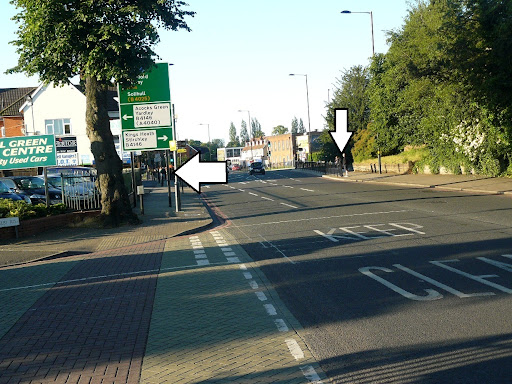 We waited for about 25 minutes. Missy Moo was getting bored and lamenting about the wait. When told that she ought to be a bit patient, she declared "Patience takes too long!" Despite Dinoboy's efforts to entertain her, the moaning continued. 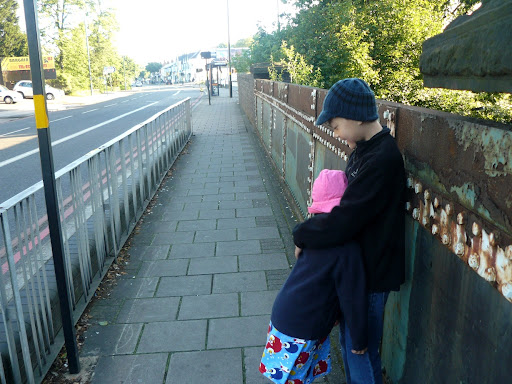 Soon more people turned up, including this chap in his pyjamas and dressing gown. 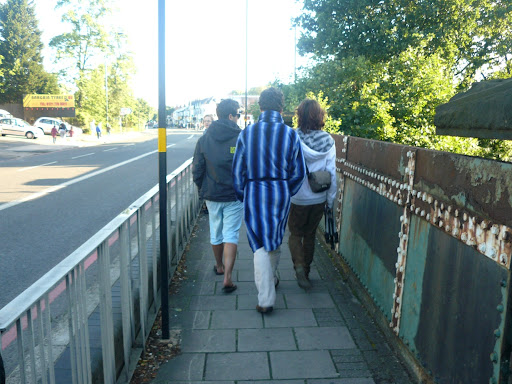 Then the first convoy arrived. These were mostly open-top buses advertising the sponsors (eg the banks, Coca Cola) 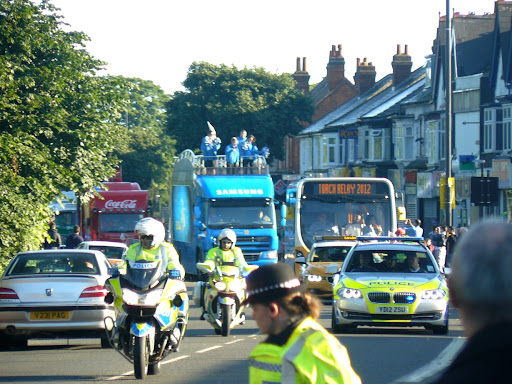 Here is Wenlock, the Olympics mascot for the London 2012 Olympics, hanging out of a car. Apparently Wenlock is based on a short story by children's author Michael Morpurgo that tells how it and it's partner, Mandeville, were fashioned from droplets of the steel used to build the Olympic stadium. 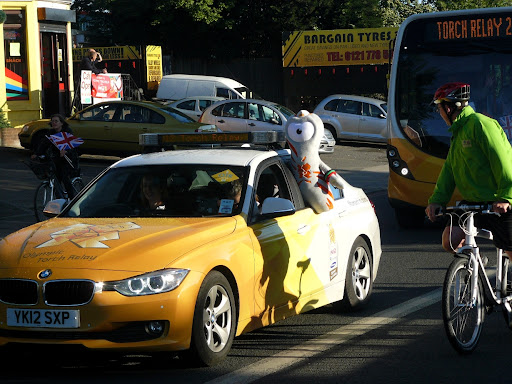 The first convoy passed us by with some fanfare and we had to wait another 5 minutes before the torch finally turned up. 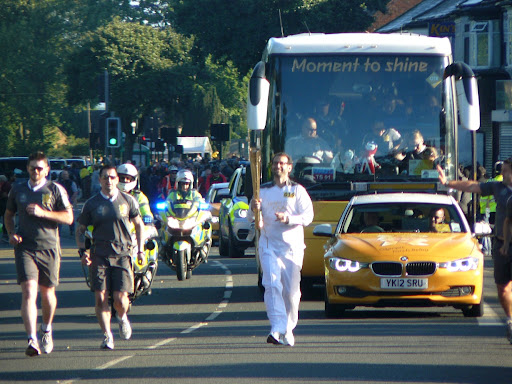 We got a pretty good view and up to now I have no idea who this chap was! But he did a good job, smiling and waving as he jogged along to the next point where the next torch bearer was waiting. 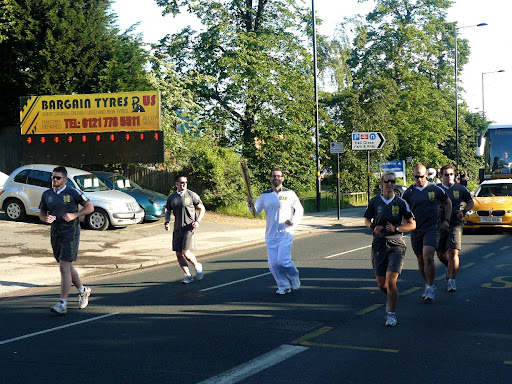 We waited 25 minutes and watched the torch go by in about 30 seconds. Then it was home for breakfast and a warming cup of tea. The kids enjoyed the experience and no doubt it will be a major talking point in the playground at school tomorrow morning.

We will shortly return to topics related to sewing for small people.
Posted by Ady at 22:54