Here are my second and third attempts at 3D pumpkin carving. 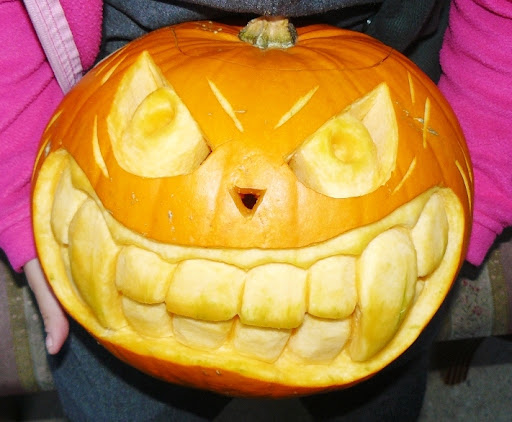 And his brother, Fred Fangs. 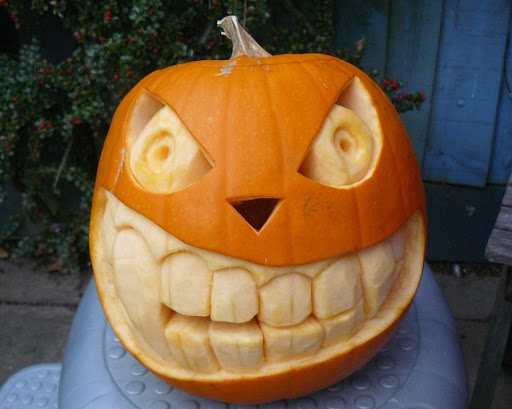 I am really enjoying carving up pumpkins. Before the kids were born, I spent a year and a half studying the art of woodcarving under the tutelage of a master woodcarver. I mostly carved small decoy ducks, leaves in relief, one or two Welsh lovespoons and an owl. Then Dinoboy was born and I packed my chisels away (small children, no dedicated workspace and sharp chisels do not mix well together). Pumpkin carving is a little like woodcarving - yes it is a lot softer material than wood but it also has some similarities in that it is subtractive in nature (once you've cut it off, there's no going back!) and like wood, pumpkin has grain too which makes 3D carving a little challenging.

The kids very much enjoyed watching the pumpkins come to life and are quite accepting of the temporary nature of these carvings - they start decaying shortly after they're done being carved. Franklin's got mold growing on him as I type this (he is now 10 days old) and will shortly be sent to rot away in peace in the compost bin. 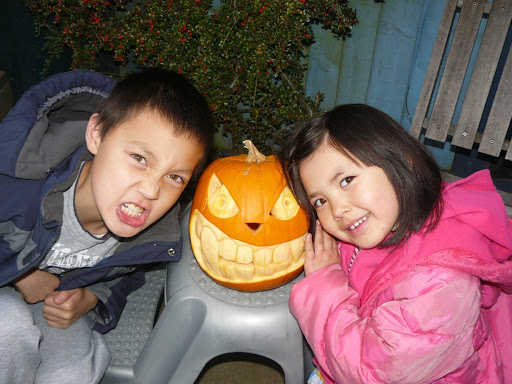 Fred's probably gone the same way too - we sent him into holiday club with the kids last week.
Posted by Ady at 09:07