The first chap is a friendly and incredibly talented guy named Ray Villafane. Here is the link to Ray's website, Villafane Studios.

Here's one of Ray's amazing pumpkins ... 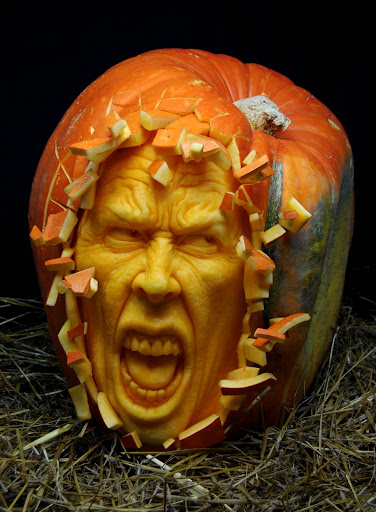 And this one is one of my favourite pumpkins carved by Ray. 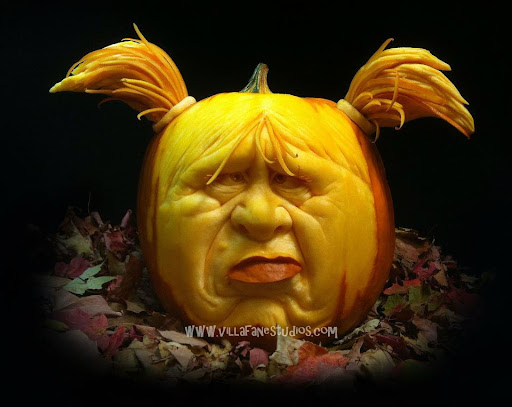 The second chap is an equally talented and amazing carver named Scott Cummins whose website can be found here. Scott also has a great carving tutorial on his website.

Here's one of Scott's pumpkins ... 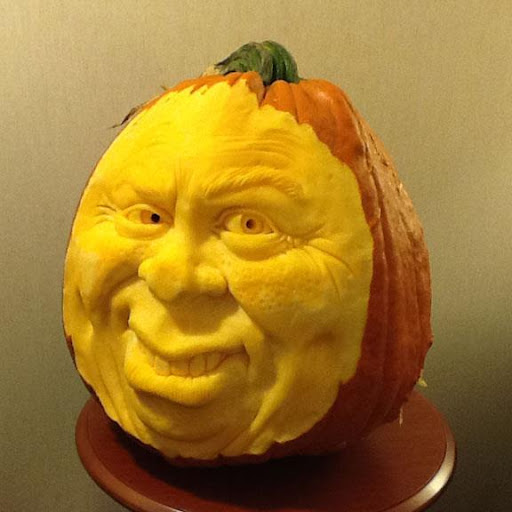 And here is another. Cool, huh? 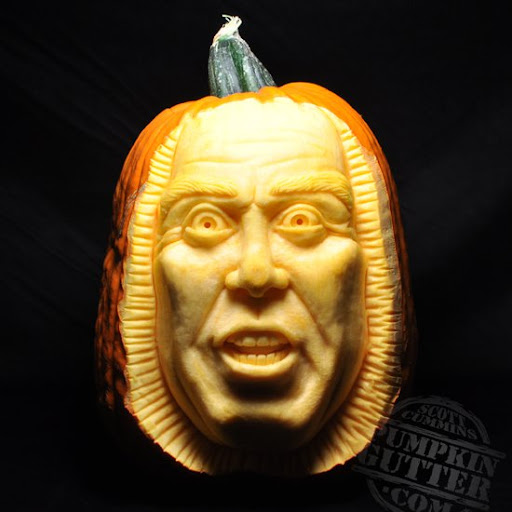 Pumpkins started appearing in our local supermarkets some 2+ weeks before Halloween. I had found a ribbon tool as part of a clay modelling kit in a local craft shop. Armed with the ribbon tool, a vegetable peeler and a small paring knife, I decided to have a go myself after studying Scott's tutorial and watching a whole bunch of 3D pumpkin carving videos on youtube. Here is Dinoboy with my very first 3D attempt - Sir Percival Pumpkin. 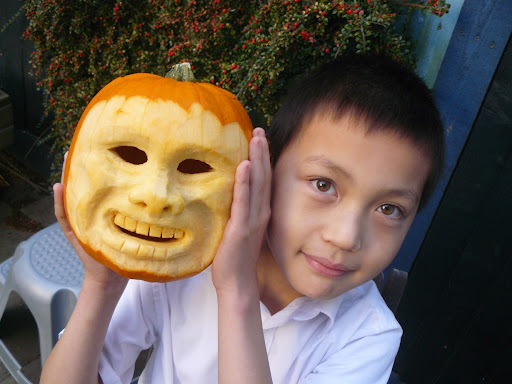 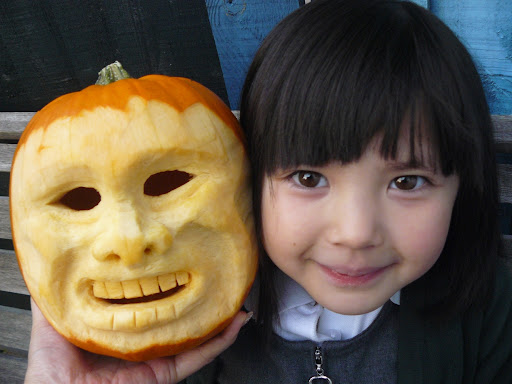 Percy taught me the value of a good plan (mine was not a good plan as I broke through into the middle whilst doing one eye so decided to cut both eyes out as a consequence) and I learnt what I could or could not do with the tools I had. I tried scraping the skin off with the ribbon tool like Ray and Scott do but that did not work for me - I struggled a lot so decided to use a vegetable peeler instead which worked a lot better for me. I also got quite excited once I had one 3D pumpkin carving under my belt. So off I went to the supermarket to hunt for more pumpkins to mutilate. I'll show you my other efforts in my next post.

Hope you are having a good weekend, friends.
Posted by Ady at 18:10

Labels: Inspired by others, kids