Comic Relief is a British charity founded back in the mid 1980s in response to the famine in Ethiopia. One of the main Comic Relief events is Red Nose Day, a telethon held in March every year to raise money for good causes throughout the world.

Every year, the kids' school or nursery celebrate Red Nose Day by encouraging the children to dress up or wear the red nose (all proceeds of red nose sales go to the charity) or have silly hair for the day.

This year, Red Nose Day took place on Friday 18th March. Dinoboy's school said they could go to school with their red noses and wear them all through the school day. Donations of £1 were requested if the child participated. 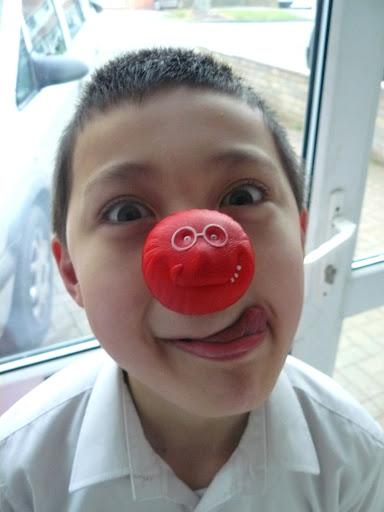 He wore his red nose all day and promptly lost it at the end of the school day. Good thing I'd bought 3 noses so we have 2 left ... somewhere in the house.

Missy Moo's nursery opted for wearing pyjamas and sporting silly hair-dos all day. Which was a good thing as the red nose I got for her was too big to fit onto her little squishy nose! 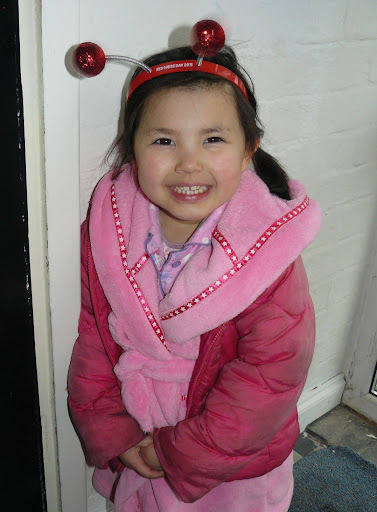 She settled for a nice Red Nose Day deely-bopper instead. Good fun!
Posted by Ady at 21:42