We're on the home straight now. This is part 3 where I show you how to attach the base to the tote body.

You can find Part 1 here and Part 2 here.

Get the PDF pattern for the base here.

Make sure your tote body is turned right side out. At the bottom end of the tote body, locate the middle point for each side and make a small mark like this. 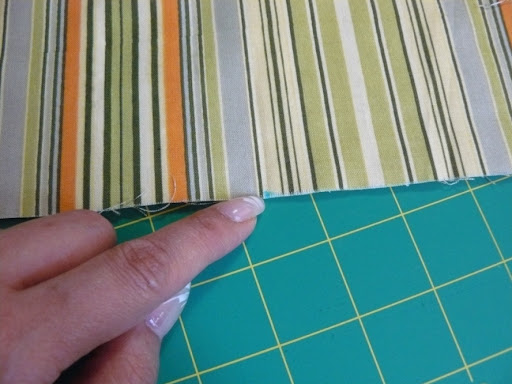 Match the small marks to the middle marks on your base piece. In the next photo you can see the little blue mark in the gap between the zip ends. You’ll need to carefully pin the tote body to the base. I then basted the tote body to the base. You can see my red basting stitches in the photo below. You don't have to baste - you can go right ahead and sew it on. I have a thing about basting! Haha! 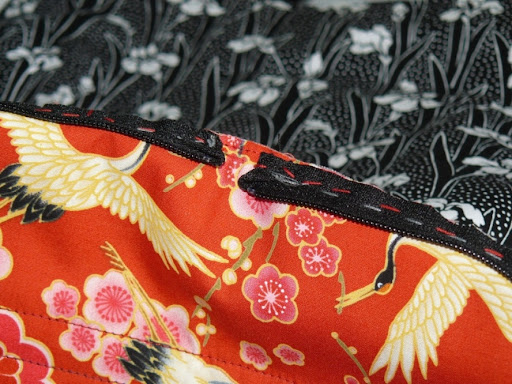 You’ll need to put your zipper foot back onto your machine now for the final steps. Using a 1/4 inch seam allowance, sew a row of stitching to secure the base to your tote body. I find it easier to sew this step with the base facing up. 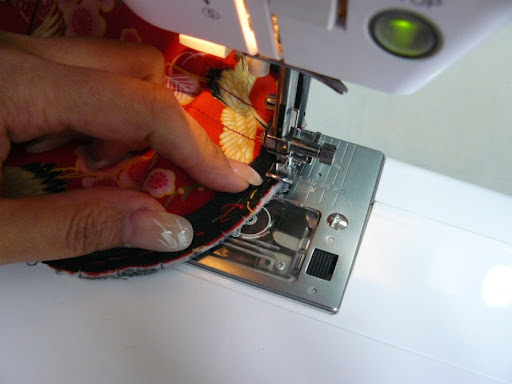 The final part of this process is sewing the bias binding on. I tend to sew my bias binding on without pinning it first. I learnt how to sew bias binding using this terrific video tutorial made by Angry Chicken aka Amy Karol. After I saw this video, I fell in love with bias binding so much that for a couple of weeks, I bias-bound every edge I could in all my sewing projects! Haha! So go check out that video first if you haven’t seen it before. Then come back here for the end of my tutorial.

You’re back? Cool! OK, the bias-binding is the last bit of sewing on this project. This time we’re going to sew with the tote body side up. Open up your bias tape and fold down the end by about 1/4 inch. Place it along the edge of your base. Start sewing at your fold. 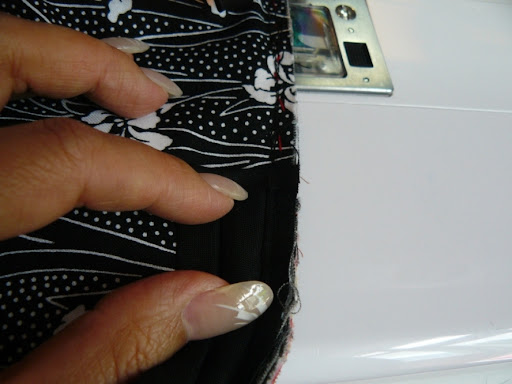 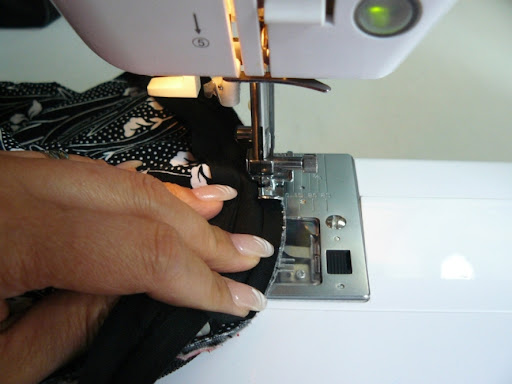 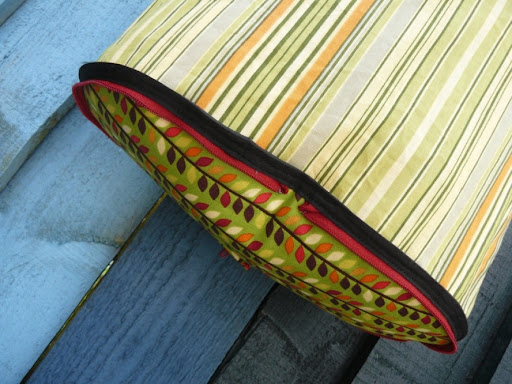 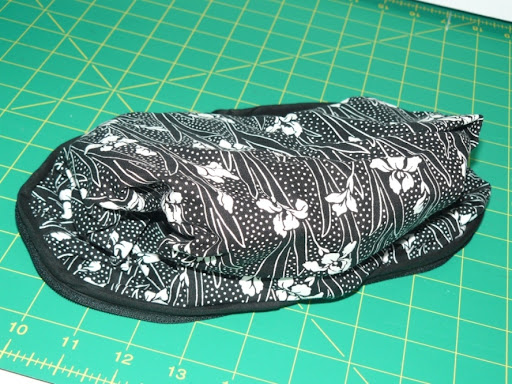 Fold the base in half and zip it up, tucking the bag inside as you’re zipping it up. 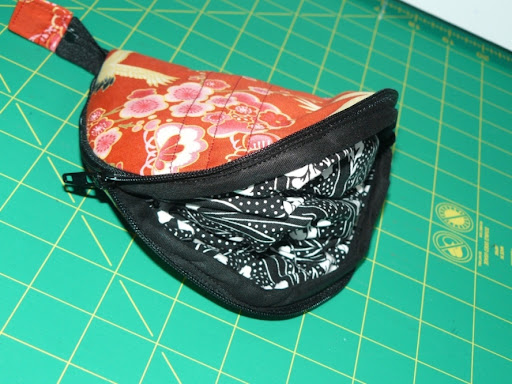 Here you have it – a tidy clamshell-like pouch. Isn’t it cute? Stick one in your car, another in your handbag and you’ll have an eco-friendly tote you can use when you’re nipping out to the shops for a few bits like the Sunday papers and a carton of milk or a loaf of bread. 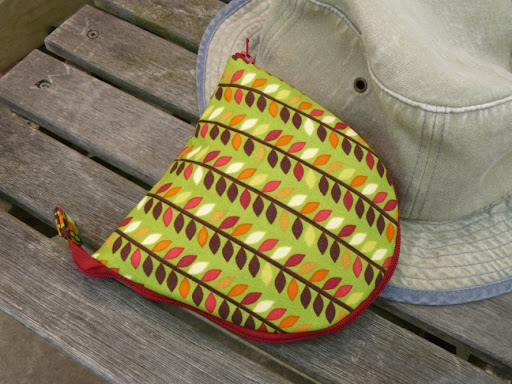 I hope you liked this tutorial. Do get in touch if you need clarification on any part of the process. I've started a Flickr group here for my tutorials. If you make a zipaway tote or maybe a Stuffy zipper pouch, please post photos of your creations in the Flickr group. I'd love to see them.
Posted by Ady at 21:28